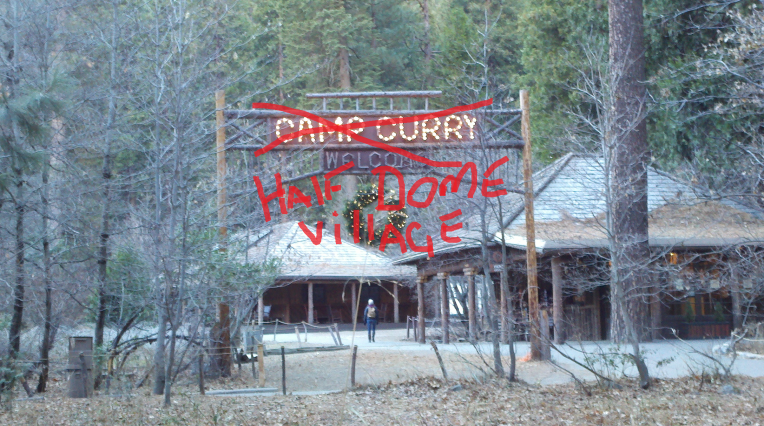 Amidst a dispute between the National Park Service and former Yosemite concessionaire, DNC, a subsidiary of Delaware North, several historic sites have recently undergone name changes. This change is only the latest in a battle sprawling over several fronts.

In June 2015, Delaware North lost a $2 billion bid to continue running Yosemite’s concessions. The National Park Service reviewed bids and awarded the 15-year contract to Yosemite Hospitality LLC, a subsidiary of Aramark Sports and Entertainment. This concessioner provides lodging, retail, recreational and food services to the park’s over four million visitors each year. After losing the contract, DNC filed suit in the U.S. Court of Federal Claims for the value of the trademarks they own on sites within Yosemite. DNC also secured trademark protection for several popular, historic Yosemite-area names including the Ahwahnee hotel and Yosemite Lodge.

Yosemite has gone on the offensive after this protection was granted, formally petitioning the Trademark Trial and Appeal Board to cancel the Yosemite trademarks owned by DNC. According to the Interior Department Attorneys, this is because, “In 2002, without providing notice to NPS of its intent to do so, DNCY filed applications… to register several trademarks associated with Yosemite National Park.”

As of March 1, Yosemite National Park has stopped using the trademarked names and changed the names of the associated sites. The following names were chosen:

With this fight spanning several fronts, one turning point could be which decision gets priority. It is estimated that this dispute could continue on for at least a year. The Interior Department has said it wants the claims court to postpone any decisions on the concession company’s lawsuit until the trademark board has ruled on the trademark challenge. DNC, however wants it the other way around. They want a decision in their lawsuit before any trademark decisions are made. According to recent filings, the trademark board proceedings will continue until at least May 2017 and the fight in claims court has no set time frame for resolution.